The promptness of blood testing has become more important than ever before. Michael McNeely, Founder, and CEO of Gattaco Inc, has been working on rapid blood testing kits for six years after he saw the chaotic aftermath of the Fukushima Daiichi Nuclear Power Plant explosion. From a scientist’s point of view, he talked about the importance of rapid processing of testing samples and hardships against the skepticism in the health tech industry.

(This article was first published on Plug and Play Japan’s official <a href=”https://medium.com/plug-and-play-japan-blog/speeding-up-blood-testing-to-help-society-under-pandemic-d7df586a720e” target=”_blank”>Medium</a> on May 2020)

ーーWhy did you start Gattaco?

Gattaco has been around for a while but in 2014, it was pretty much just me.

I had an interest in developing a technology that was considered to be very important; being able to do rapid diagnostic tests quickly, easily, and inexpensively, anywhere it’s needed.

There are a couple of examples that I can give that highlight why it’s important. If you look at the current concern about the coronavirus, it takes 24 to 48 hours to get test results back. You get a nasal swab or give some blood, and the test is run, which takes a long time. And not only does it take a long time, but there are also tens of thousands of samples to be processed. And in the meantime, you have people that are very worried. People in quarantine can’t go on with their lives because of this concern.

There was a similar case in 2011 when the Fukushima Daiichi Nuclear Power Plant exploded. There were people that were concerned that they had been exposed to radiation, and they gave a sample. But there were so many samples and very few labs. 12 months later, there were still samples that needed to be processed. There were some very big bottlenecks to processing samples quickly. Being able to process samples could help people understand their health conditions. And it could also help governments manage health problems from a position of having good information rather than governing by fear, which happens a lot when they don’t have information.

One of the key bottlenecks preventing us from getting rapid information is the fact that processing a blood sample is very complex. So the interest in being able to reduce or eliminate that bottleneck has been around for many years. People have actually been trying to do it for about 30 years, and a few methods have come up. But they were always too complicated, too expensive, or too difficult to work with. I actually thought of a way to achieve this goal of getting rid of the centrifuge about 20 years ago, but I did not test it.

Then I came to Japan in 2012 and 2013 to work on a project with a group of Japanese universities and companies to develop a diagnostic test for the Fukushima Daiichi Nuclear Power Plant explosion. That experience reminded me of the importance of having this type of technology. So when that project was finished, and I went back to the US, I started to work on this. And it worked. It took another several years to develop it into a format that could be easily manufactured that people could easily use. So that is where Gattaco came from, why it happened, why it’s important, and why it’s linked to Japan. 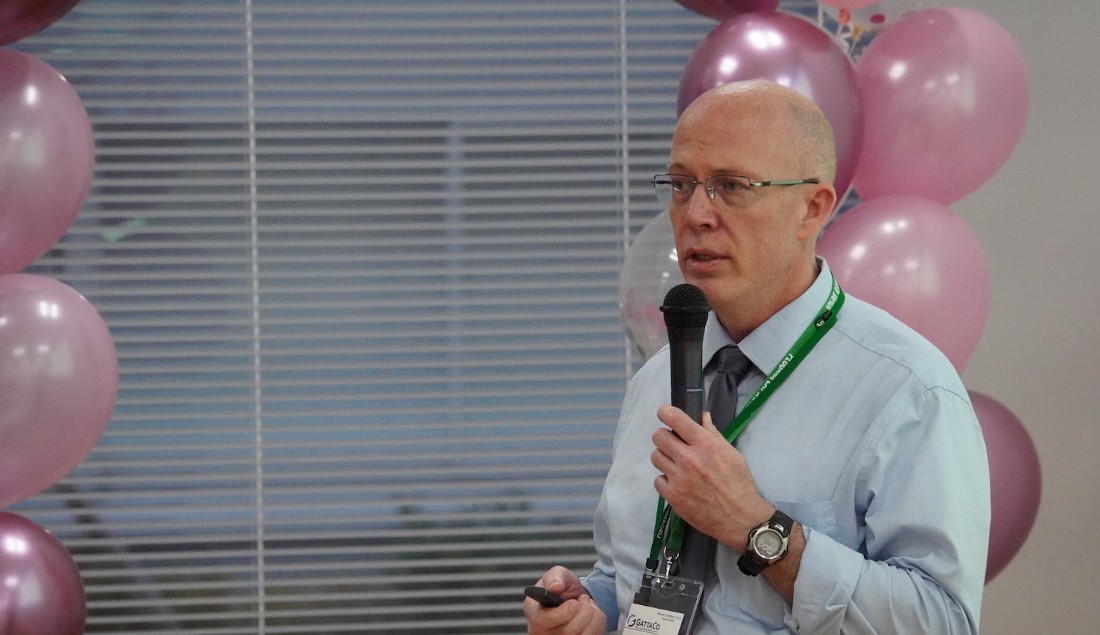 ーーSo this is not your first time working with Japanese institutions.

ーーThat’s interesting. I felt the Japanese are very price sensitive.

Well, for some things, yes, probably. But when we tell people how much we think this would cost, they often say, “It’s a very good price.” Whereas other places we go, they say, “Oh, that’s too expensive.” So just the way the market is structured, it kind of fits in pretty easily.

ーー Do you find any particular challenge in the Japanese market or in cooperation with Japanese companies?

Well, there’s always the language problem. There were some cultural elements that were challenging when I encountered them before, but nowadays, it seems they’re not quite as significant. People are a little bit more open and willing to try new things, I guess. And there’s certainly a lot more entrepreneurship in Japan now than I believe existed. 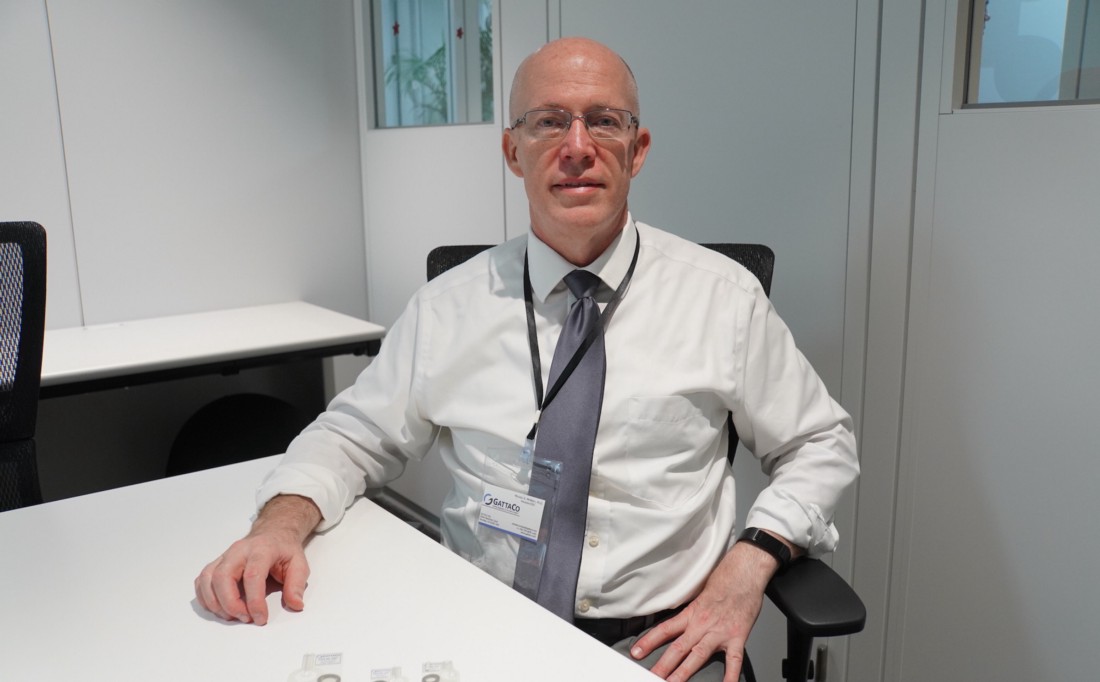 ーーHave you faced any challenges after you started the company?

This is my second major effort to start a company and grow a company. And since the first time, which was about 20 years ago, people have become very critical. In the last few decades, so many people in startup companies overpromised and underdelivered. So now investors are very skeptical. A lot of it is because of the financial problems in 2008. People thought they knew what they were doing, and then all of a sudden, they lost tons of money.

Also, before an investor will invest, they have to see a lot more value in the company. A lot more traction, more customers, more revenue, and validation of the technology. That’s really hard when you’re struggling to make a product. You can’t make a product until you get money. You can’t get the money until you have customers. And to get customers, you need products. So it’s a vicious circle. You need to find somebody who believes in you enough that you can get some money and start making progress. And like I said, it’s more difficult now than it used to be. I’ve heard about somebody who promised centrifuged replacement 10 times, and they all failed. So now they don’t believe you until you get an order for a million units.

My business partner and I are, for better or worse, scientists. So it’s against our nature to lie. Because it’s simply wrong. It’s wrong for many reasons. People don’t need to believe our words. They can test our product and they’ll see it works. But this took a long time and a lot of money to develop. And a lot of that money came from out of our own pocket. We were self-funded for the first five years. Mahmoud and I have invested roughly $100,000 each on this project.

ーーIt must have taken a lot of guts to do. Where did that passion come from?

Both of us saw the value that this can help people to manage their health and there is a real need in society. It doesn’t happen a lot but it happens enough that you get examples of how this can have a major impact.

And you know, now you have a pandemic. We have borders shutting down. This is going to cost billions of dollars in lost revenues and people who got affected. All you need to do is to run some blood tests and know exactly who’s sick and who’s not, and manage that rather than putting people in prison for weeks. It’s just a bad way to manage health situations.

Both of us have parents that have suffered from chronic illnesses. It’s very tedious to continually go to the hospital when a lot of tests can be done at home. So it’s a very real need. And it has a really good opportunity to have a major impact. And both of us knew that from our personal experience and work experience.

Again, if we’re successful, we can do so much more to help people. It’s a very fundamental need. You don’t necessarily need a new app. There are some apps that you could save your life, but many of them are just conveniences. Whereas in health tech, a lot of technology could actually save somebody’s life.

ーーI really hope Gattaco’s technology could help people who are stuck at home due to COVID-19, and other people who have to go to hospitals for testing. Thank you very much for your time today. 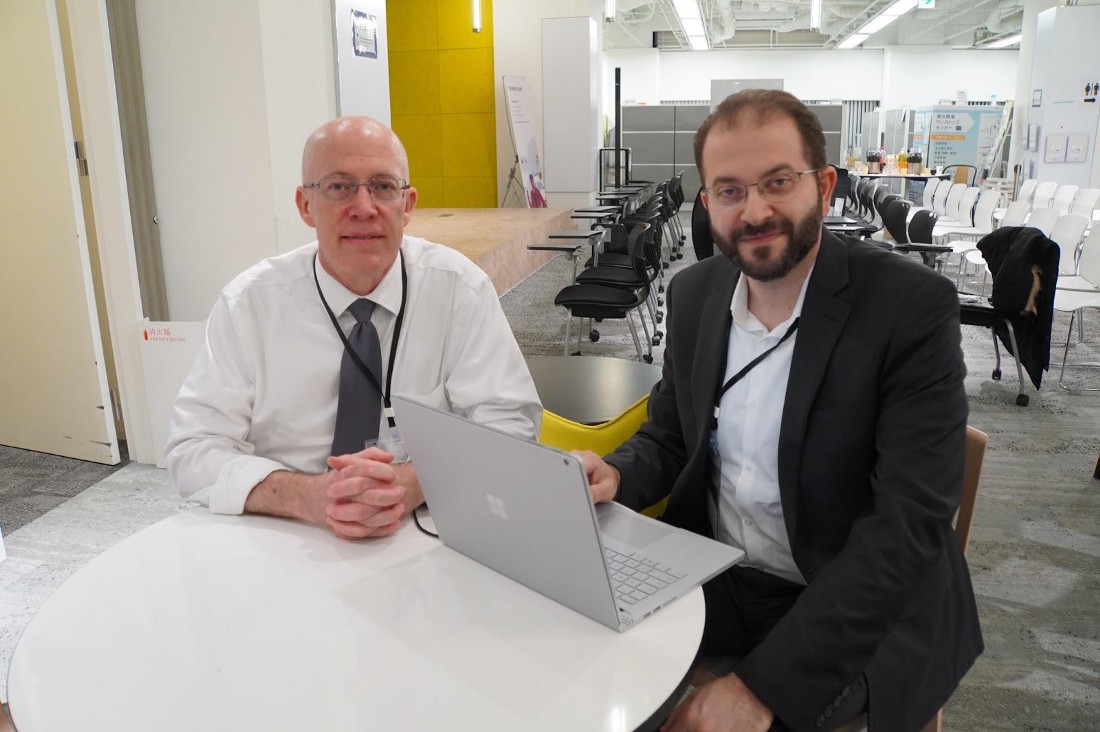 May 2020 Update:
GattaCo has launched two new products to respond to the need of improved COVID-19 serological sample-preparation. Our A-PON™ product separates plasma from finger-stick blood with high-yield IgG and IgM antibodies for rapid testing applications. It can improve sensitivity, specificity and accuracy of rapid antibody assays including test strips and new biosensor testing devices. Our new A-CUBE™ product is intended to increase sample availability for lab-based high-throughput testing. It is the only home-sample collection device that delivers antibody-rich liquid plasma to a lab for processing. The A-CUBE™ is designed for population-based seroprevalence studies as it can assist in identifying population recovery and immunity to COVID-19 to help the world get back to work.

To learn more about GattaCo, please check their website.