“When cats are healthier, people are much happier.” That is the philosophy of Toletta Cats Inc., a startup develops and sells IoT cat litter boxes. Toletta Cats checks the health status of cats by measuring their urine. After having participated in Plug and Play Japan’s health accelerator program Summer/Fall 2020, the company was selected as the only Japanese company to receive investment from Leap Ventures Studio, which is funded by Mars Petcare. In the summer of 2021, they are going to establish a subsidiary in the United States to go into the U.S. market. 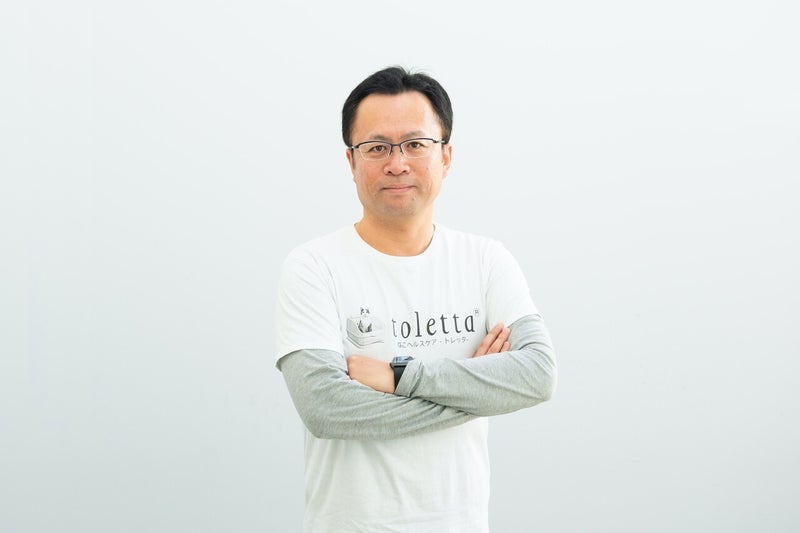 ーー Congratulations on establishing a subsidiary in the United States. First of all, can you tell us why you have joined Plug and Play Japan’s Health Batch 2 program?

Back then, our business was entering the scaling phase and we were selling our product in a B2C model. So we actually didn’t have a strong need to collaborate with major companies. However, we joined the accelerator program for the first time in several years because we were thinking of expanding our business overseas. There were still a lot of things I didn’t know about overseas markets, so I expected I could get some practical knowledge and connections from Plug and Play’s global network.

ーー How was your experience throughout the program?

Since the corporate partners basically focused on human health, immediate collaborations did not occur during the program. Though, we were introduced to a variety of investors and business opportunities through Plug and Play Japan’s network. Also, an accelerator program specializing in Animal Health started in Topeka, Kansas, and that was exactly what we were seeking. Kansas City is known as the “Animal Health Corridor”, where animal health companies are highly concentrated. There are not many programs that focus on animal health, and I thought the Plug and Play’s program would be a great opportunity to get a foothold in the field. 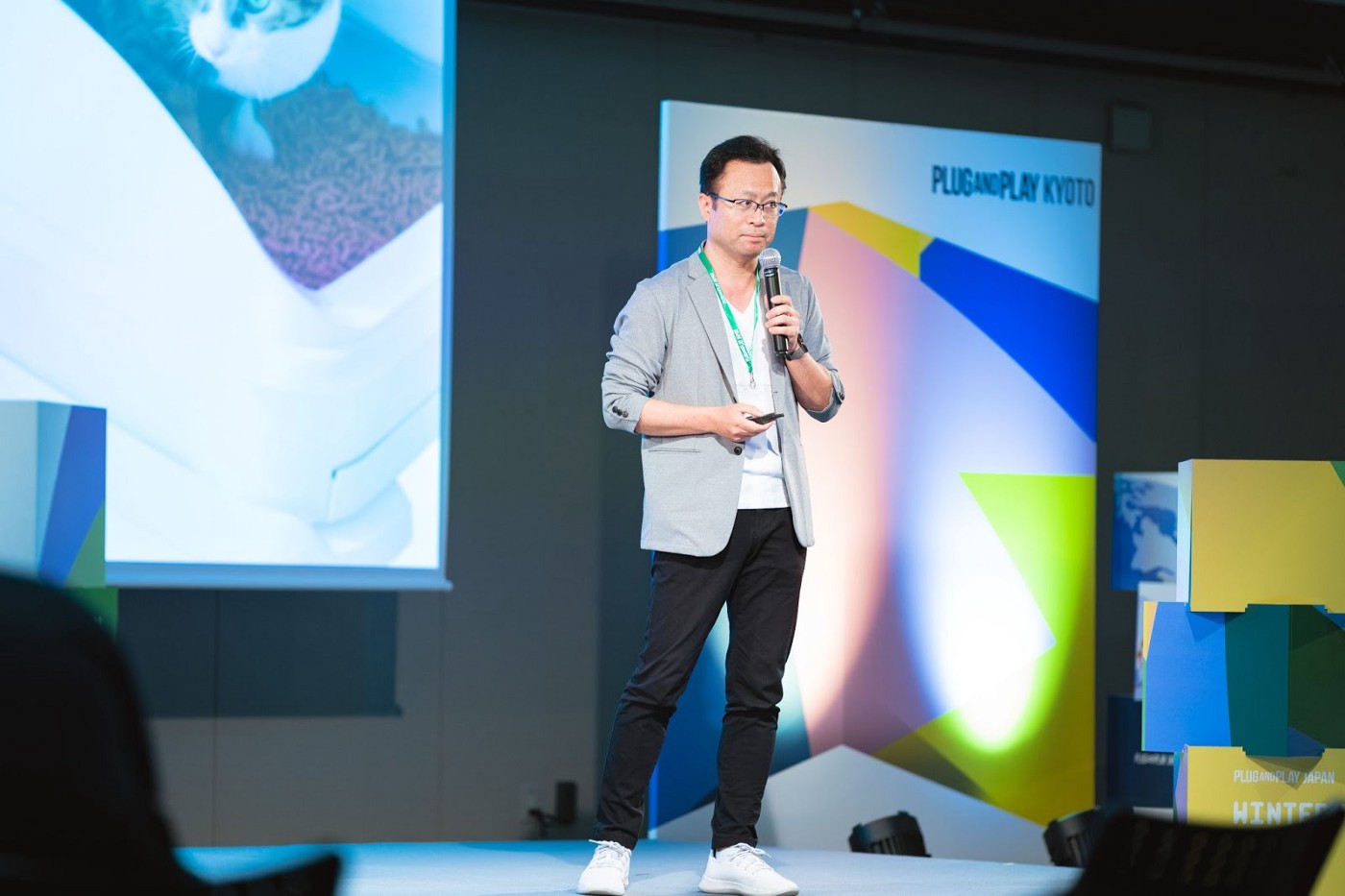 ーー What kind of approach do you plan to take in the U.S. market?

We are planning to establish a wholly owned subsidiary in California. I will still serve as the president of the Japan headquarters, but I plan to keep my focus on the U.S. for the time being.

Upon entering the U.S. market, I thought we’d better take a different marketing approach from Japanese market. I had no previous business experience in the U.S. and I expect it would be totally different from that in Japan where we deploy a B2C business model. We are still researching the pet culture in America, but we are planning to execute a B2B2C model, partnering with veterinary clinics.

ーー Aside from clinics, what kind of partners are you looking for to expand your business in the U.S.?

The other one is an online veterinary practitioner. Online animal practices are rapidly growing because of COVID-19, so we are trying to collaborate with them to promote our product, Toletta®. I would like to spread the business both offline and online.

We are also seeking a company that provides pet insurance. In the U.S., medical expenses for pets are very high, so the participation rate for pet insurance is much higher in the U.S. than in Japan. Moreover, there is a growing interest in insurance, partly due to the pandemic, and I believe that our products have a high affinity with it. So we are looking for partners who can help us in these three areas. 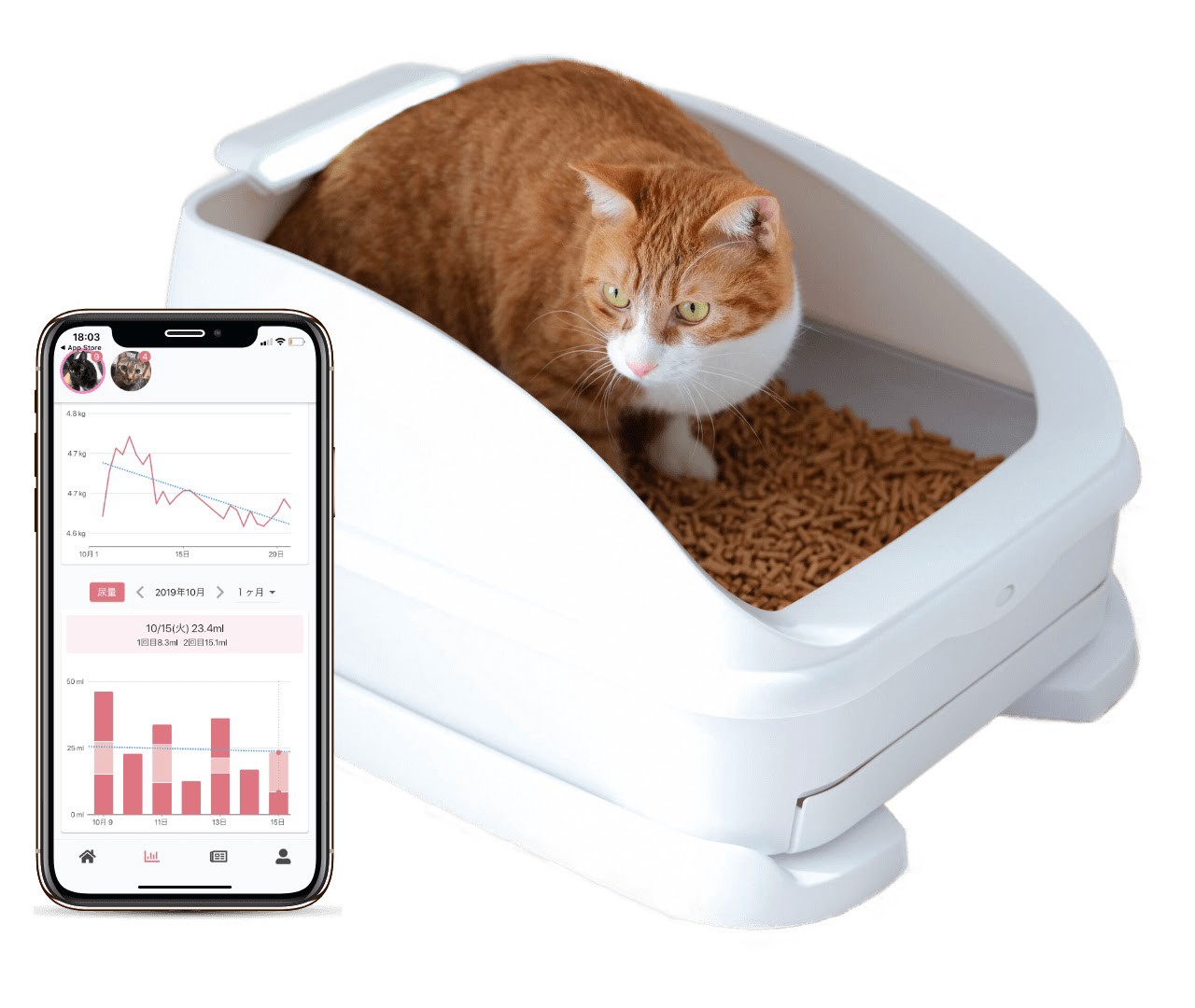 ーー There is so much more that the Toletta® can offer to your loving cats and the pet care community than just a litter box.

We will be able to obtain health data on cats, which was previously unavailable, by using our products. For veterinary clinics, cat monitoring at home will enable them to take new approaches to check the quality of medical care. Even for online diagnosis, it will be possible to provide medical care of better quality because the practice will be based on evidence, not just the owner’s observation. In the case of insurance, risks can be visualized so that products can be selected according to health conditions. I think this will encourage DX in pet care.

ーー What is your competitive advantage?

I believe it is the quantity and quality of the data. We have almost 10,000 cats using our products in Japan. It is by far the top IoT litter box for pets in Japan. The more data we have, the more valuable the data will become, so we want to acquire data over a wide area. I think the key to success would be how quickly we can acquire users and increase the amount of data, and how much we can speed it up the spread of our service by working with companies in the U.S. market.

ーー Are there any differences between Japan and the U.S. that you noticed while working on localization?

The structure of cat litter boxes in Japan are different from those in the U.S. and other countries. When Americans see Toletta® the first time, they tend to mention its unique shape first, rather than the functional features of the IoT litter box. In the U.S., the majority of litter boxes are simple container-type pails filled with sand. In Japan, there is another layer with a deodorant pad underneath the litter tray, and the urine goes down to the pad through the sand unabsorbed. Japanese houses are small so the smell of urine is a problem. That is why two-layer litter boxes have been invented, and they rapidly evolved over the past decade or so. In other countries, urine and feces go in the same layer, so there’s no way to separate them from each other for measurement. In Japan, the majority of litter boxes were already two layers, which made us able to distinguish and measure urine. This is something we would like to promote as a part of unique “Japanese toilet culture’’. Since we have registered a patent, it would be difficult for other companies to use the same method as ours.

Also, American customers tend to get wary whether if their cats would use Toletta® or not. Cats are very sensitive animals and they would not use new things if they don’t like it. Therefore, we give trial period time for the customers to let them try it out. We are localizing our product not only for humans but also for cats. When you compete in a global market, you would expect products or services in other countries similar to yours. But we haven’t seen similar products outside Japan yet.

ーー How would you collaborate with other pet items?

By combining it with other items such as cat food and cat litter, we can possibly propose a personalized — though it may sound strange to say for cats — service that provides best products for individual cat. 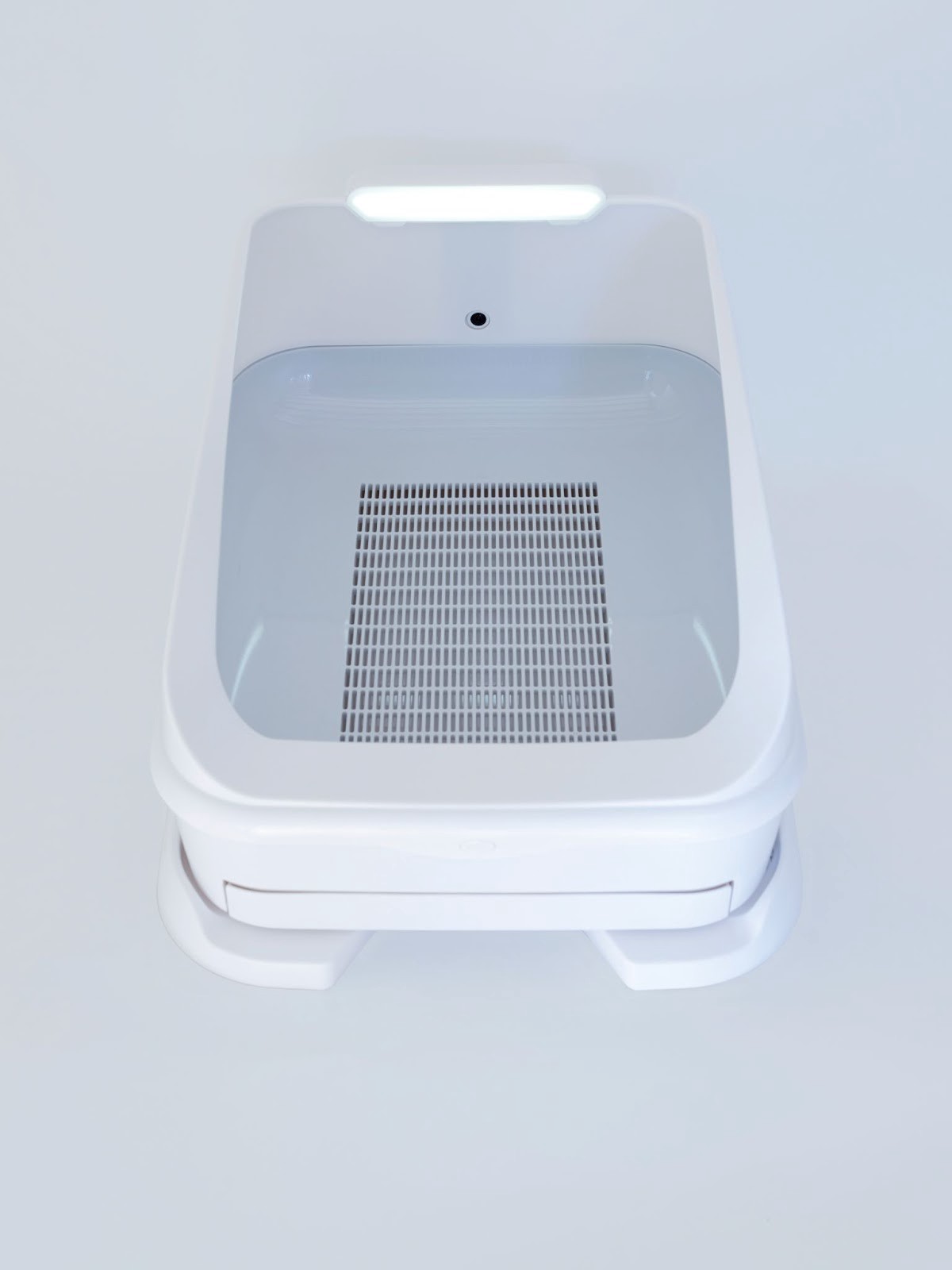 The market size for humans and pets are different. But looking at the market share per company, I think the human health care market has already become a “red ocean”. Meanwhile, there are still few players in the pet market, and the market size is growing by about 25% every year, so I think there is a lot of potential. I don’t think there are many Japanese startups like us that are taking on the challenge of overseas markets. The fact that we are expanding our business overseas proves our potential to some extent. I hope that investors will understand that new pet technology is now changing the world.

ーー Lastly, do you have any message for cat lovers?

I think the health of family members — I mean cats — is universal and the most important concern for any cat owner. As we ourselves are also cat owners, we would like to create a society where cats can live long and stay healthy. We are also currently actively hiring. You can work from home, whether in Japan or overseas. We would love to have you apply. 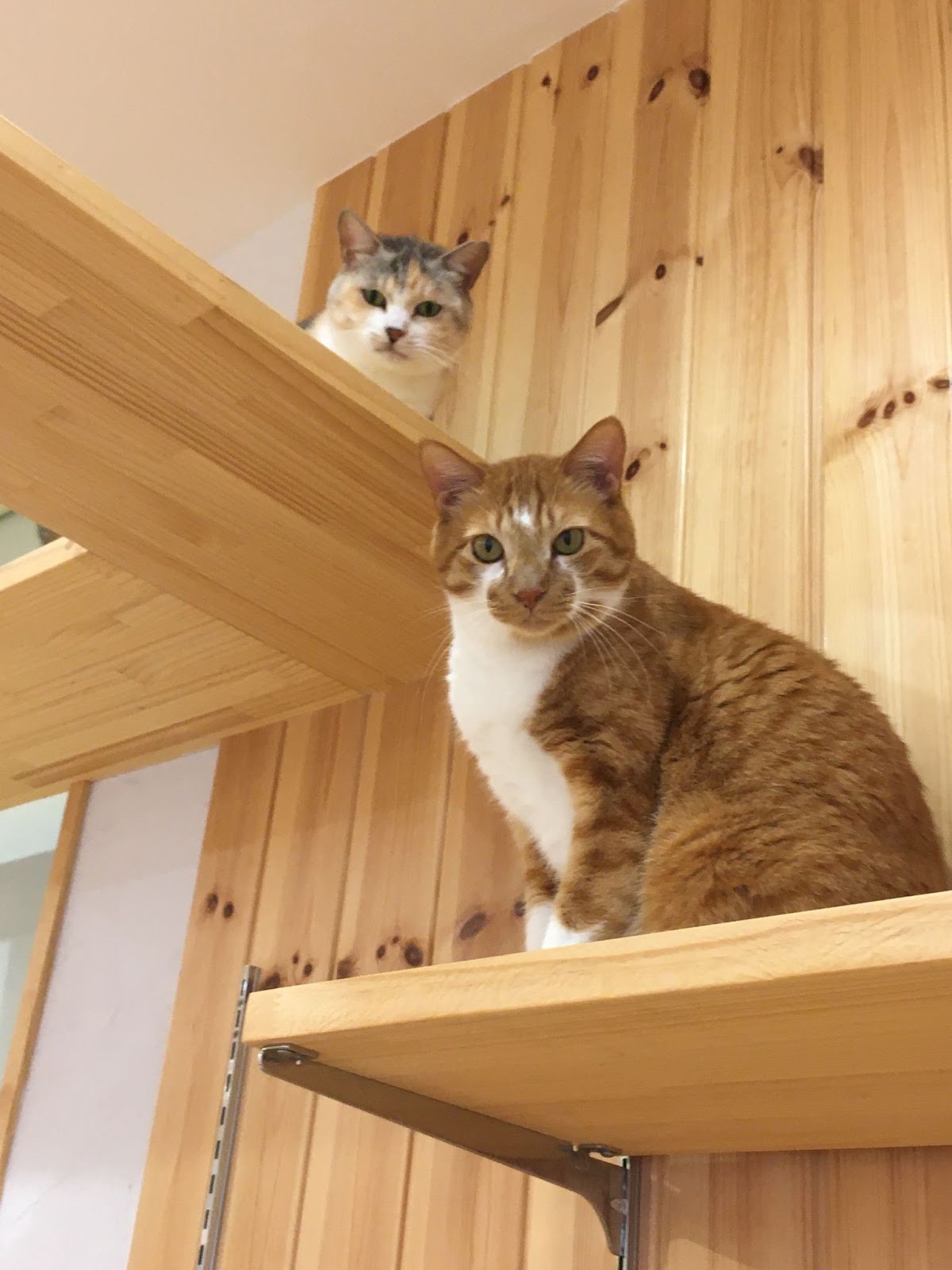