Tomoyuki Hattori is the CEO of First Ascent Inc., a baby tech startup whose mission is to “change parenting with technology”.

The company provides a smartphone app (CryAnalyzer) that records data related to childcare, and an algorithm that analyzes emotions based on a baby’s cry (*The recording app is only available in Japan).

They are also developing a sleep care device for newborns named “ainenne”, which is a nursery lamp to adjust a baby’s sleeping patterns. Winning the CES®︎2021 Innovation Awards with that device, they are looking for opportunities in the United States.

CEO of First Ascent Inc, a baby tech venture with the mission of "changing parenting through technology". Graduated from the Graduate School of Engineering at the University of Tokyo in 1998. After working as a researcher at Toshiba Corporation, he moved into the IT industry. After working as CTO and head of technology at a venture company, he founded First Ascent Inc. in 2012.

ーー Please tell us briefly about your business.

Since the beginning, we have been collecting data such as baby’s crying and nursing records to create new AI products. We are conducting joint research with the Japan National Center for Child Health and Development using the data collected from the childcare record app. Utilizing what we have learned through our research, we are creating an app service with a baby tracking and a baby’s crying voice analysis function, as well as hardware to help babies sleep. 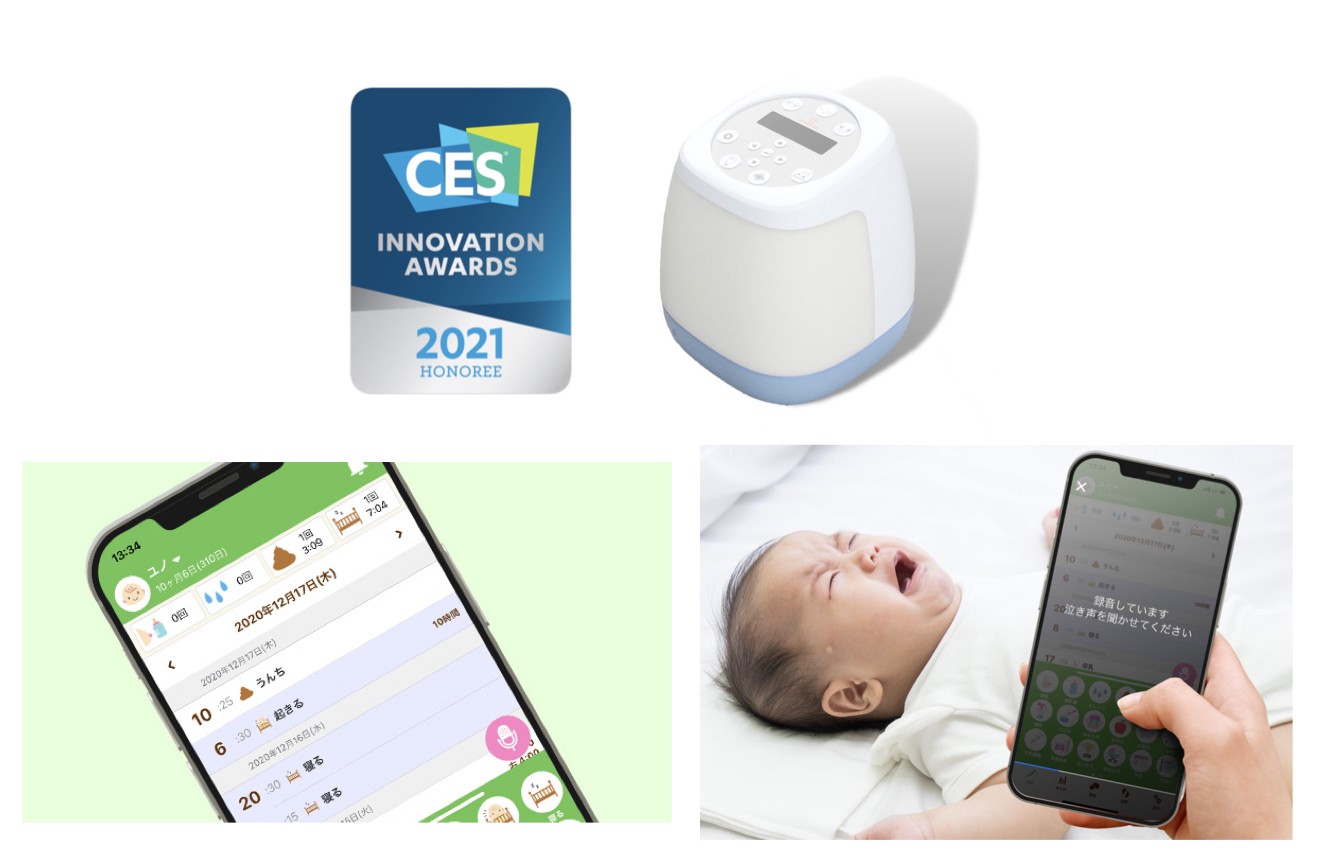 ーー I heard you started your business based on your own experience raising children. Specifically, what kind of experience was this?

One of the most quintessential experiences that led me to start working on a baby tracker app happened after my child was born. Back then, I was so ignorant about childcare that I didn’t even know I had to sanitize the baby bottles after using them. One day, my wife had to go out for a few hours. During her absence, I tried to feed the baby with some milk, but I didn’t know how much was the right amount to give at one time. However, I couldn’t call up my wife to ask about it because I was afraid it would make her worry. Then I thought that had she shared the nursing records with me, I would have been able to know how much milk I should be feeding, and she could have told me if I made a mistake.

ーー It sounds like your struggle as a father, who wanted to equally participate in caregiving, brought the idea of the baby tracking app.

That’s exactly what I was told when I did marketing research with potential users. I thought it would be helpful if we could visualize the newborn’s activities. But back in the early 2010s, when I suggested my idea of a baby tracking app to Japanese mothers, most of them told me that they were not looking for such services. They were afraid of being criticized by their husbands for not doing enough — Back then, there were not too many fathers who were actively taking part in parenting in Japan. However, one of the reasons I still decided to carry on my idea was what one of the mothers told me. She said she wasn’t sure if the app would be useful or not, but she thought I should give it a try because bringing men’s ideas into parenting might be important to change the landscape of childcare.

What were the other challenges you have faced since you started your business?

Our company is called “First Ascent,” and that name represents our identity. I was into free climbing, and took the term “first ascent” from it. It is a word to describe the first time one climbs a route that no one has ever climbed before. When we create our services, we always think of things which no one has ever created yet. The reason why we have received recognition at CES (*) and have been attracting many people worldwide is because we are taking on unprecedented challenges. That’s also why there are many cases where people don’t understand what we are doing when we create something new. We have been trying our best to explain to them the value of our product and ask them to try it first, but of course, there were times when it worked and times when it didn’t. It is a continuous challenge.

ーー What were some of the most impressive comments from users?

There are many comments on the cry analyzing function. I was touched by a message from a mother with a hearing disability thanking us for enabling her to communicate with her baby. Every time I receive such feedback, I feel very grateful.

ーーHow does the cry analyzing function work?

We are working on an algorithm that analyzes voice. We record baby’s crying and ask caregivers to give labels to sort out why they cried, and use them as training data. However, since the labels rely on the subjectivity of the caregivers, we compare them with the childcare records kept in the app, and evaluate the accuracy of the labels while linking them to the algorithm.

There is one challenge that we are facing. We once had a baby who had a very high probability of getting the result “hungry” in the crying analysis. The mother continued to feed him because the analyzer told that he was hungry. Then, at a regular checkup, she was told that the baby has gained a lot of weight. The baby may have actually been hungry, but the parents themselves had to decide whether or not to continue feeding. I wouldn’t say that providing information using AI will immediately lead to better parenting. The accuracy of the crying analysis itself is improving, so we need to make it into a service that can be well utilized in childcare. I hope our AI product will be a good assistant for caregivers, not a substitute.

ーー Please tell us how you developed “ainenne,” a device to help form a baby’s healthy sleeping pattern.

The two top causes of childcare stress for parents are crying from the baby and the lack of sleep because of the babies not sleeping at a consistent time. When I was thinking about how to tackle these problems, the technology of deep learning came into my mind. Since no one was working on analyzing emotions from a baby’s crying, I thought it was something we should do and started developing it. That’s why we brought a hardware device that can analyze crying voices (CryAnalyzer Auto) to CES in 2020. At that time, I was inspired to develop “ainenne” after talking with various people overseas. Our effort to solve the two major problems of childcare stress, crying and sleep deprivation, have brought us to this point.

I always wanted to exhibit at CES because it was the first place where the keyword “baby tech” came up, but I thought it would be too difficult to exhibit by ourselves. However, JETRO set up a booth for Japanese startups there in 2019. I thought this would be a good opportunity, and since then I made the hardware with all my might and exhibited it.

Thanks to this exhibition, we found out that there are many people who want to sell “ainenne” overseas, so we are talking to American companies first. 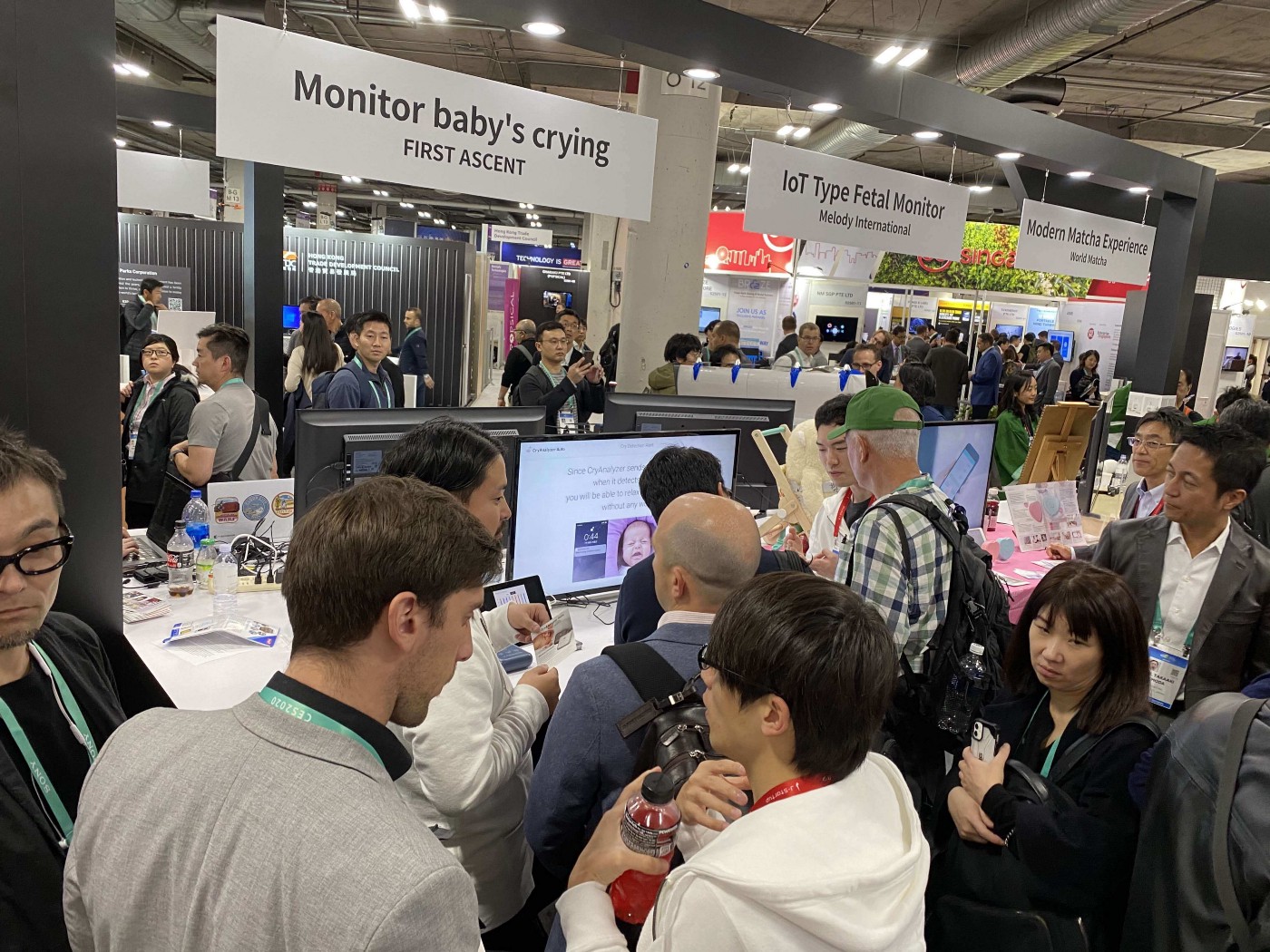 ーー What did you gain from the Plug and Play Japan program?

ーー What do you think the future holds for the baby tech industry?

When I was exhibiting at CES, I had a conversation with a mother who is utilizing a child-monitoring camera. She said that when she was a child, her parents were in the next room and there was no way for them to monitor their child. Now that she can watch the child with her smartphone, she says she’s raising her children in a safer way than in her parents’ time. I think some people are very positive about the childcare environment updated by technology, while others believe that it is better to watch over the child with their own eyes. I’d like to make those people realize, little by little, that there are technologies to help them take care of their children. I would like to change the environment of childcare by using technology and encourage people to change their perspectives. 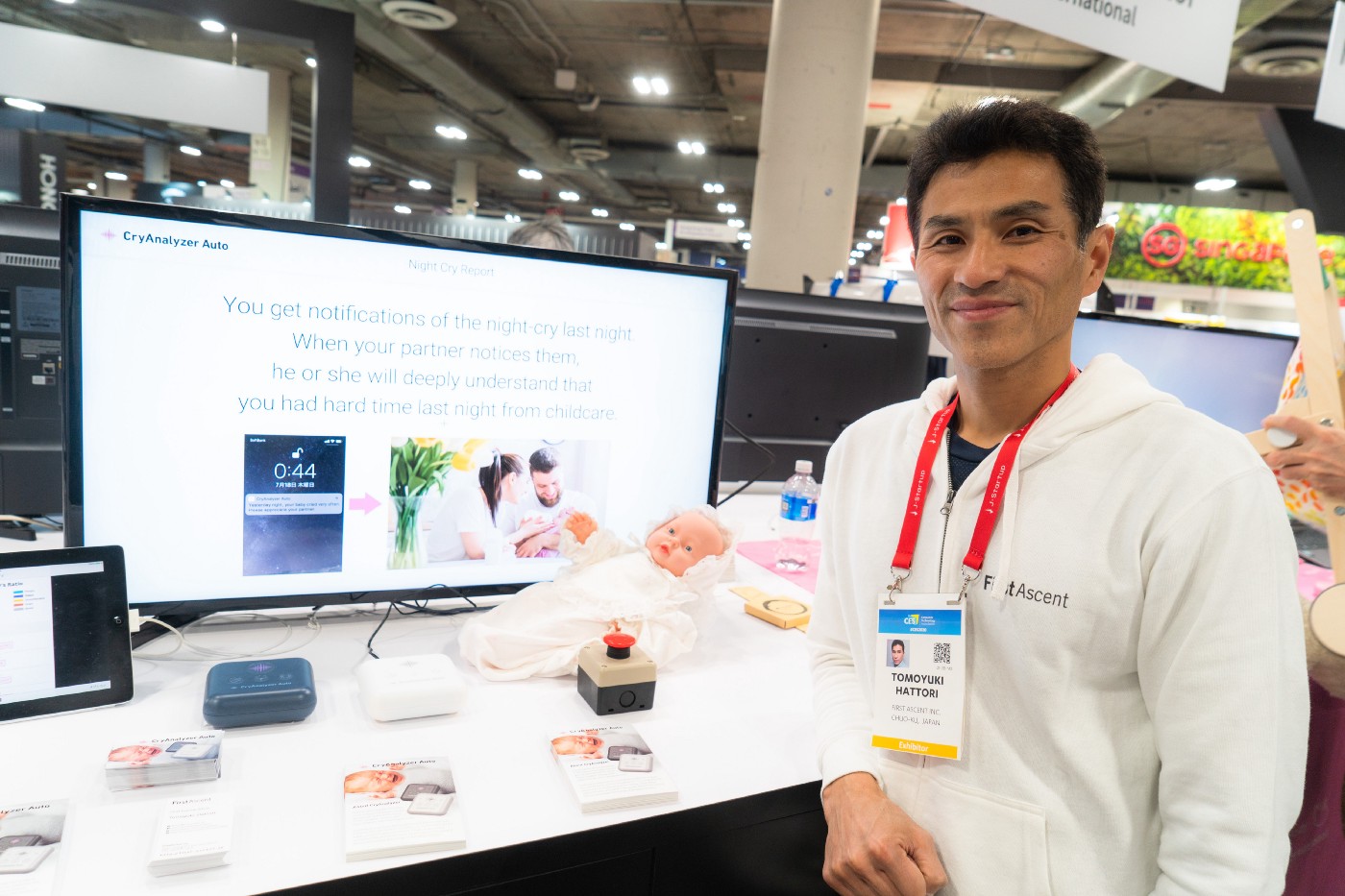